How visa liberalization could help to strengthen Ukraine’s security?

On November 12, 2014 at 15.30 civic organization “Europe without Barriers” conducts a briefing: “How visa liberalization could help to strengthen Ukraine’s security?”

On November 12, 2014 at 15.30 civic organization “Europe without Barriers” conducts a briefing: “How visa liberalization could help to strengthen Ukraine’s security?”. The briefing will take place at the information agency“Ukrinform” at the address Kyiv, 8 / 16 B. Khmelnytskogo street.The event will be held at support of the European Programme Initiative of the International Renaissance Foundation and Stefаn Batory Foundation (Warsaw, Poland).

An open military aggression of the Russian Federation against Ukraine caused new challenges which could complicate abolishment of visa regime with the EU.  The lack  of efficient controls on the eastern border of Ukraine, large number of internally displaced persons and asylum seekers came up not only as additional risks for security and domestic stability of Ukraine, but could become a new cornerstone for the EU Members States readiness to support Ukraine’  visa free travel prospects.

Meanwhile, new problems which Ukraine has faced acknowledge the necessity of enforcing reforms in the security, justice and home affairs spheres. Besides, EU’ Visa liberalization Action Plan granted to Ukraine currently appeared to be the most effective instrument to boost reforms inside of the country.

The participants of the briefing will provide their expertise on the state of implementation of the key reforms, necessary for the visa-free regime introduction by the EU.  The Ukrainian-Russian conflict context and caused by it risks to achieving successfully the ultimate goal of visa-free travel will also be discussed. Also possible directions and mechanisms of strengthening and reinterpretation of the relevant reforms in the following spheres are to be presented:

In the frame of the event, a “How to get a schengen visa” guide is scheduled to be presented. The guide is aimed at promotion and making easier effective use  of schengen visa obtainment instruments foreseen by the EU-Ukraine Visa Facilitation Agreement  . 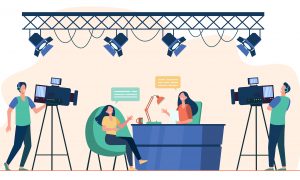