“NEW SEEDS” to be found at the ‘business–civil-society-intersection’ , as suggested by Win-Win Forum participants

On October 20, Lviv hosted the Win-Win Forum, where the private and public sectors leaders had an opportunity to discuss how to best unite their efforts to improve the quality of the common space in Lviv and beyond. 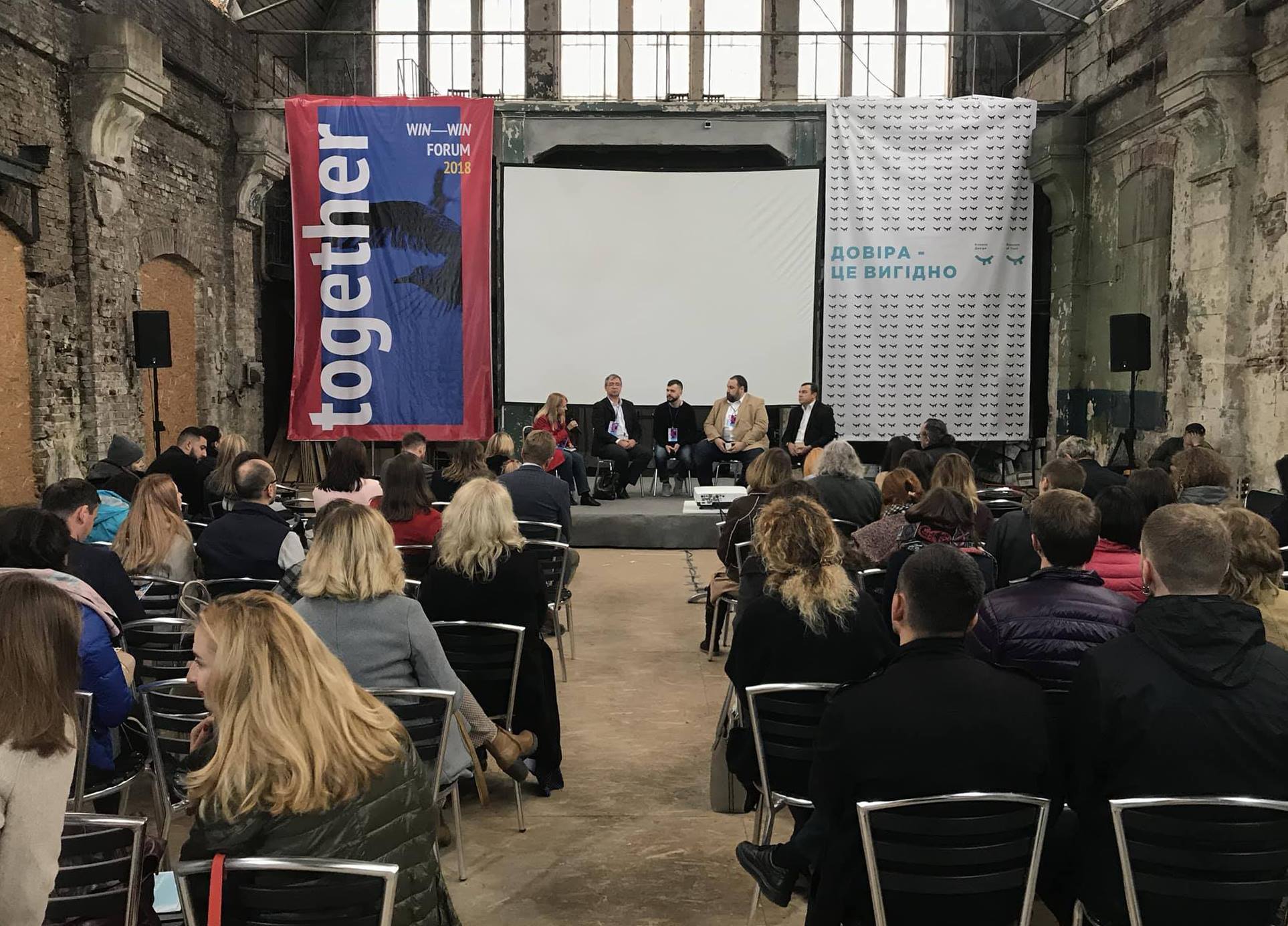 On October 20, Lviv hosted the Win-Win Forum, where the private and public sectors leaders had an opportunity to discuss how to best unite their efforts to improve the quality of the common space in Lviv and beyond. Why it makes sense to trust each other and unite with each other – this question was a focal point of the discussion “The role of business in the terrains outside of business”. Participants of the discussion were Olexandr Sushko, executive director of the International Renaissance Foundation, Yaroslav Ruschyshyn, entrepreneur, Yuriy Filyuk, restaurateur and co-founder of the Warm City Urban Project, and Yevhen Hlibovitsky, a member of the Nestor group and the founder of pro.mova company.

The Forum participants agreed that it makes sense to play “a long game”, seeking solutions to achieve sustainability in the process of brining together business and social activism. Olexandr Sushko explained how this stance is regarded by the International Renessaince Foundation: “Now a hybridization process of mingling business and civil society is taking place, where it’s difficult to distinguish where one ends, and where the other one begins. According to classic approaches, this is something wrong: your project will have to be either profitable, or unprofitable. However, the reality allows making adjustments to the definitions, also encouraging donors to review their strategies, in order to analyze how to identify those things in the society that are viable, without evaluating them solely by the amount of a potential profit they are able to generate? With regard to the International Renaissance Foundation, this is a part of a comprehensive ‘redesign’ of our strategy: stop following patterns that existed once, in the 90ies or later, but adapt our strategy to the modern environment in order to see the most viable elements of the new things, new sprouts, which very often appear at such civil-society-business-crossroads”.

The International Renaissance Foundation Executive Director also added that the Biennale of Trust, in the framework of which the Win-Win Forum was held, is a good example of cooperation between both sectors: business and civil society. The number of such examples is growing, however, it is too early to talk about it as a consistent trend. “It is going through a test: climbed the first stair, but is there enough strength to go to the second stair, and so on? Is there enough energy to ensure its sustainability in the long run? Needless to say that it is very important, and in fact, to support it at this time we need a synergy of social activism, socially responsible business and donors,” – said Sushko.

Let us remind that the Win-Win Forum held in Lviv was one of the events of the Biennale of Trust, which was the world’s first event of such format to discuss such topics, as a joint initiative of entrepreneurs, artists, scholars and activists to restore confidence as a social habit.