The Cabinet of Ministers of Ukraine has approved the draft law on an Anti-Corruption Strategy for 2014-2017 and submitted it to the Verkhovna Rada. The strategy was developed by independent experts and the Ministry of Justice with support from the International Renaissance Foundation’s Democratic Practice Initiative.

The Strategy summarizes proposals made by the public, business, and international community during a series of public discussions and expert consultations. The document identifies priority measures aimed at reducing corruption in Ukraine and forming the basis for further anti-corruption reform.

Oleksiy Khmara, Executive Director of Transparency International Ukraine, noted: “This is an important step by the government. This strategy is the most consolidated roadmap for implementing international recommendations on combating corruption. In order for our country to flourish, we need a general strategic plan of anti-corruption reform formalized on the legal level and binding on all authorities.”

In his turn, Justice Minister Pavlo Petrenko stressed: “This is a systemic document that outlines legal initiatives and clear steps in fighting corruption that parliament should adopt and assume joint political responsibility for together with the government and president once this law goes into effect.” 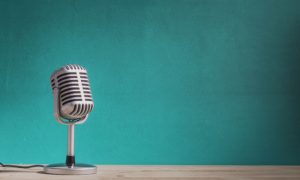 “Humanity and Mutual Assistance”: results of the humanitarian initiative against the pandemic

Supported projects of the “Humanity and Mutual Assistance”. Wave 13