IRF’s Statement about violence against Roma in the village Vilshany

On May 16, Roma villagers became victims in a tragic incident which happened in Vilshany village, Dergachi district, Kharkiv region. During the meeting to resolve a conflict situation between the village headman and some Roma people one Rom was shot and the other three have got serious injuries from the firearms. Human rights activists have pointed to signs of ethnic intolerance in this tragedy.

It is reflected both in the fact of violence against Roma, who came to the meeting and that almost immediately after the tragedy one of the parties to the conflict, namely representatives of the local (village) authorities continued to escalate the situation, threatening Roma families to be evicted from the village.

We are concerned about the increasing number of outbreaks of hatred against Roma people and interethnic violence in some communities in Ukraine. This alarming trend is caused partly by a lack of consistent state ethnic policy at all levels and inadequate implementation of the Strategy on the Protection and Integration of the Roma national minority into Ukrainian Society. Some local authorities’ anti-Romani statements do not encounter significant condemnation or punishment, particularly by public authorities. This attitude reinforces antagonism and intolerance in communities and leads to social segregation in society.

Recent tragic events in Vilshany indicate that local authorities being one of the parties to the conflict, show unacceptable lack of understanding of the principles of non-discrimination and respect for fundamental human rights and failure to ensure their compliance.

We see a direct link between the tragedy in Vilshany village, pogroms of Roma homes in Loschynivka (Odessa region), calling for the eviction of Roma from Sheludkivka village (Kharkiv region) and government inaction in responding to alarms and inappropriate calls. We stress that the authorities at all levels must hold an unambiguous position based on the principles of non-discrimination, respect for the dignity of each person.

We appeal to the Minister of Internal Affairs of Ukraine Mr. Avakov and to the head of the National Police of Ukraine Mr. Knyazev to provide a fair and thorough investigation of the incident and prevent the escalation of violence on interethnic grounds.

Considering that one of the parties to the conflict represents local authorities, we emphasize the need to ensure adequate security for victims and their families.

We call on the authorities at all levels to ensure the prevention of violence motivated by hatred and intolerance, to take measures to ensure peaceful coexistence in ethnically diverse communities.

International Renaissance Foundation expresses condolences to the killed man’s family. We are ready to assist and support the efforts of human rights defenders in the implementation of public control over the investigation and punishment of those responsible for this tragedy. 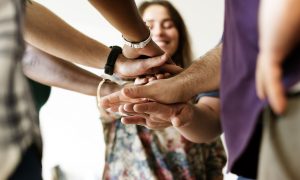