The Ministry of Justice of Ukraine, in collaboration with independent experts, has developed a Concept of Reforming the System to Prevent Corruption in Ukraine. The announcement was made by Deputy Justice Minister Ruslan Ryaboshapka during a discussion of the document on March 31. The event was organized with the support of the International Renaissance Foundation’s Civil Society and Good Governance Program and the United Nations Development Program in Ukraine.

According to Ryaboshapka, the Concept provides for the creation of a National Anti-Corruption Commission. The Ministry of Justice is ready to support the experts in finalizing the document and submitting it as a draft law to parliament.

The experts based the Concept on the Slovenian model. They suggest creating a collegial body that will handle the most important aspects of anti-corruption policy. Its functions will include developing a new anti-corruption strategy and monitoring its implementation; performing systematic research to improve state anti-corruption policy; monitoring government officials for compliance with ethical standards; working with corruption whistleblowers; checking income and property declarations; coordinating sectoral and agency anti-corruption programs, plans, and strategies. It was also proposed that the Commission be given the power to propose dismissing government officials that failed to take steps to prevent and combat corruption and to initiate investigations into government wrongdoing.

During the discussion, UNDP expert Konstantin Palikarski noted that the proposed Concept takes into consideration all the basic international standards and requirements to preventive anti-corruption bodies. He also suggested increasing the role of the Commission on issues related to preventing corruption in business, strengthening the coordination of anti-corruption policy between the future Commission and ministries/departments. He also recommended focusing on conflicts of interests involving government officials and the possibility of direct sanctions for petty corruption without the need for judicial rulings.

The independent experts and representatives of the Ministry of Justice agreed to work together on finalizing the Concept and drafting a relevant bill that could be submitted to parliament in early May. 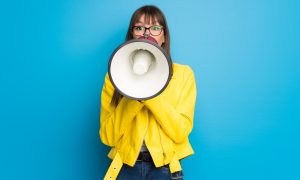