IGNORING THE SITUATION IN SHEDULKIVKA COULD TRIGGER THE NEXT ANTI-ROMANI POGROMS, – HUMAN RIGHTS ACTIVISTS

On December 29 2016, the Public Coordinating Council on Integration and Roma rights monitoring left for Sheludkivka village in Zmiiv district, Kharkiv region, where the local hostility to Roma caused the calls for their eviction. Human right activists’ conclusion: the situation remains tense and the one that demands attention from both the public and the authorities. 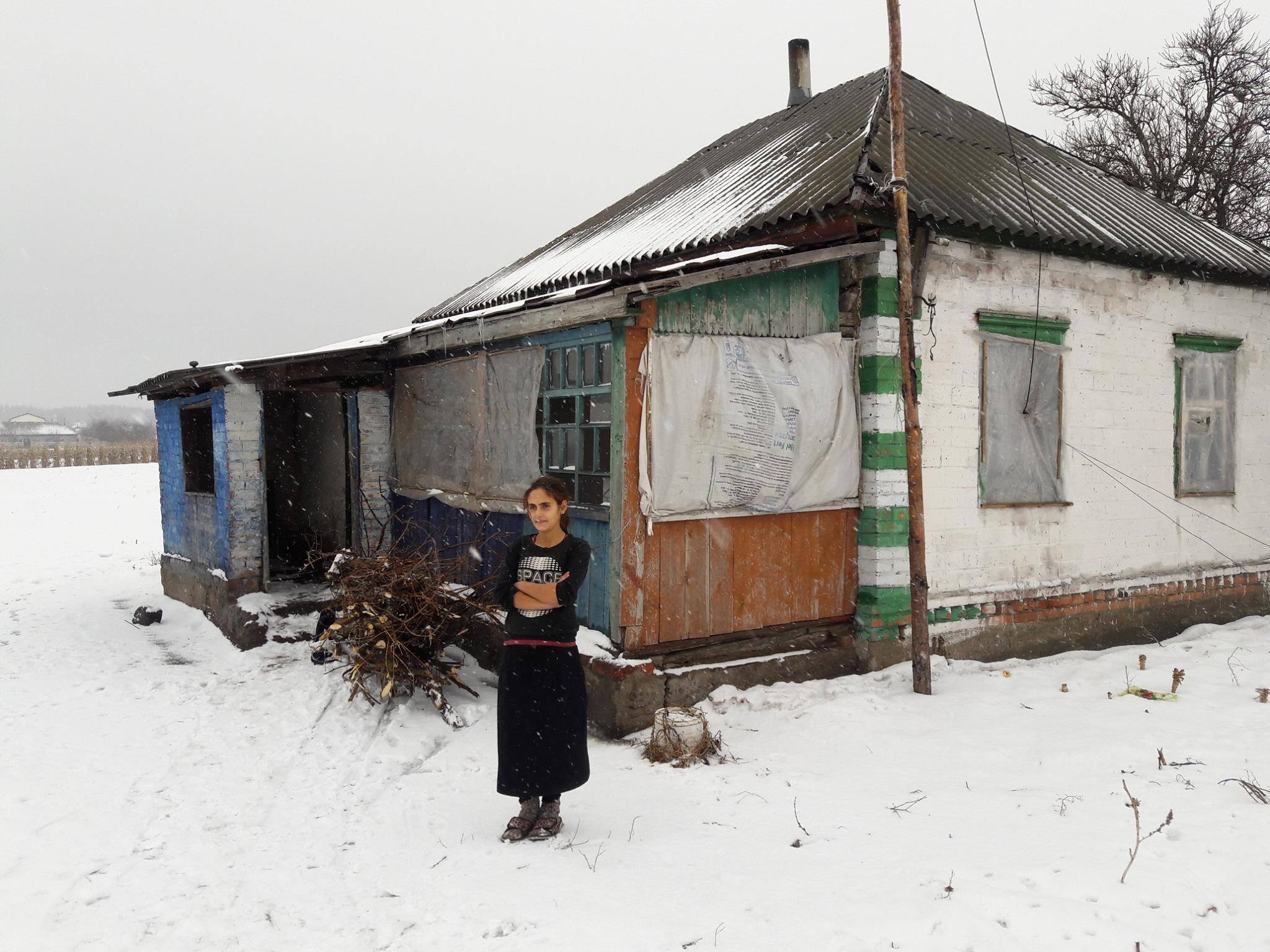 On December 29 2016, the Public Coordinating Council on Integration and Roma rights monitoring left for Sheludkivka village in Zmiiv district, Kharkiv region, where the local hostility to Roma caused the calls for their eviction. Human right activists’ conclusion: the situation remains tense and the one that demands attention from both the public and the authorities.

It should be recalled that the International Charitable Foundation “Chirikli”’s activists heard the first alarm bells ringing in December from the local Roma. People asked for help in resolving the conflict between them and the local community. They argued that some of the villagers had started to demand the evicting of Roma lamenting the “constant theft.”

Then the ICF “Chirikli”’s Vice President, Deputy Chairman of the Interdepartmental Working Group on implementation of the Action Plan on Security and Roma Integration Strategy Zemfira Condur joined to solve the situation. She appealed for help to the National Police, Office of the Commissioner of Verkhovna Rada of Ukraine on Human Rights, the Kharkiv regional administration and the regional council of Zmiiv. The situation was decided to solve together along with Kharkiv Roma NGOs.

The first visit of the NGOs’ representatives, a CF “Chirikli”’s mediator and a representative of the Office of the Commissioner to Sheludkivka was held on December 27, 2016.

Members of the monitoring visit met with a Roma family which was directly threatened to be evicted. The family consists of 6 adults and 7 children (the oldest child is 13 years old, and the youngest one is 14 days old). 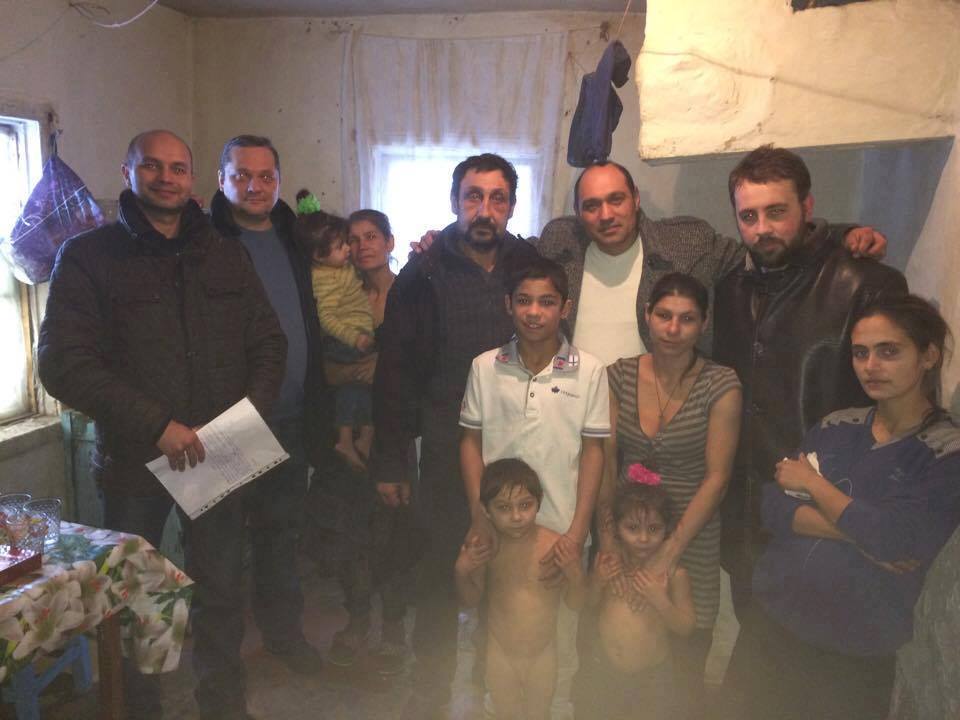 – Roma told they regularly faced discrimination and harassment by the district inspector and local authorities. Roma family lives in a rented house that is in a terrible condition and is not valid for housing. The head of the family told that after the beatings inflicted by the district inspector, he had left the job for fear of being harmed by the police. In their statements, people write that they were repeatedly subjected to violence by police, show constant threats and unauthorized invasions into the house, said the head of the NGO “Chachimo” Mykola Burlutskyy to the Legal Space.

A hard pressure, according to Roma, began after the theft occurred in the village. As a suspect, police arrested a non-local man of Roma origin in the attic of one of the constructions. How he got there and what was doing is unknown. At the moment, the suspect is released by the court on his own recognizance.

As a result of the monitoring group visit, four Roma appealed to the Public Coordinating Council with written statements about violations of their rights did by the district inspector and local authorities.

– During the meeting it was evident that she had an aggressive attitude not only to the local Roma but also to our monitoring group. At first she told me what a good attitude to the Roma she had and how helped them, but now she believes that all Roma need to be taken out of the village because all the Roma are thieves and the locals will commit lynching over them or evict them from the village. As for the situation in Loschynivka in Odessa region, Ms Buriak said it was right that Roma in her village will be treated the same way, and that they had to do it before we arrived. We were so outraged when we heard those words from the representative of the government and a deputy that were just silently watching her in amazement for a while! Our remark that her actions and statements violated article 161 of the Criminal Code of Ukraine and her position discredited the authorities in her face, the deputy ignored…

Human rights activists stress that the situation remains tense in Sheludkivka and is the one that demands attention from both the public and the authorities. Ignoring the conflict could provoke riots at Roma families and destabilize the situation not only in Zmiiv district, but also in the whole Kharkiv region and in Ukraine, said Mykola Burlutskyy. 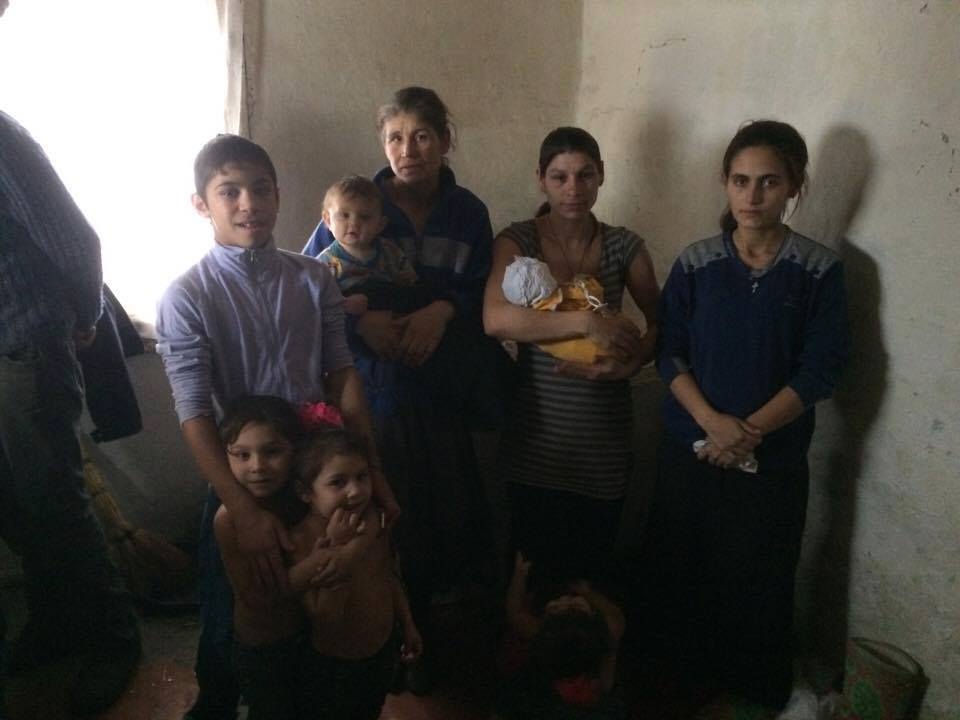 The conflict in Sheludkivka was also commented by Olena Rozskazova, the Head of the IRF regional office in Eastern Ukraine (Kharkiv) who is actively involved in the situation resolving on the area.

– To avoid Loschynivka scenario’s repetition, Public Coordinating Council on Integration and Rights of Roma holds regular meetings in our regional office: we discuss the situation, plan our next steps and carry out monitoring visits to the scene where members of Council meet with the conflict parties and those who may affect its overcoming. The spread of “right” attitudes in the Kharkiv region should be prevented, because there are many Roma settlements there and eviction of Roma from one village may lead to further conflicts on national soil and human rights violations.

Public Coordinating Council includes representatives of Roma community, Kharkiv civil society organizations, international missions and foundations, and lawyers. We hope that this combination will lead to effective results. In addition to resolving the situation in Sheludkivka, we are planning the monitoring of security policies and the Roma minority’s integration into Ukrainian society for the period until 2020.

Meanwhile, Roma Program Initiative Director at the International Renaissance Foundation Olga Zhmurko said that to resolve the situation and take measures against the authorities who incite ethnic hatred, on January 17, Sheludkivka is planned to be visited by the representatives of the OSCE, OUNHC for Human Rights, International Renaissance Foundation, human rights activists and representatives of Roma community organizations.

On January 10, at the Public Coordinating Council last meeting dedicated to the consideration of Sheludkivka situation managing, it was decided to send a number of appeals to the leaders of the region and address the Parliament Commissioner for Human Rights and the Chairman of the Committee on Human Rights, National Minorities and International relations.