The International Renaissance Foundation and the Book Forum: how cultural phenomena are born

This year the Forum’s team prepared a thematic cluster under the title "War", in cooperation with the International Renaissance Foundation, whose communications coordinator Radoslava Chekmysheva was a project curator. 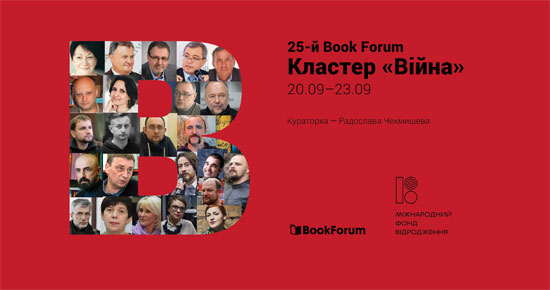 The history of the Lviv Publishers’ Forum, now the Book Forum, dates back to 1994. The then Board Chairman of the International Renaissance Foundation, Bogdan Kravchenko, suggested to Olexandra Koval, the founder and long term director of the Publishers’ Forum, to bring together publishers who were also going through a crisis in their efforts to ensure comprehensive development and promotion of book publishing in Ukraine, as well as the development of critical thinking, and the culture of reading. To achieve that goal, they created a unique platform: the Forum of Publishers in Lviv.

Since the creation of the Forum, the International Renaissance Foundation consistently supported the efforts of the organizing committee, individual publishing houses, organizations and initiatives. With the support of the Foundation, the NGO “Publishers’ Forum” has implemented more than 10 projects, with a total value of about 160 thousand dollars. However, the Foundation’s support was not only limited to providing grants, in fact, the Foundation provided expert support as well as organizational support, through participation in the events, the invitation of world celebrities, the organization of discussions, round tables, seminars, etc. In recent years, the cooperation of the two organizations has strengthened – both the International Renaissance Foundation and the Publishers’ Forum jointly organized special programs of the Forum, as well as the curatorship of some projects.

This year the Forum’s team prepared a thematic cluster under the title “War”, in cooperation with the International Renaissance Foundation, whose communications coordinator Radoslava Chekmysheva was a project curator. The aim of the cluster was to contemplate the theme of war not as a matter of policy, security and social sphere, but also as a subject of reflection in culture in general and in literature in particular. The cluster program included 10 events, in particular: three book presentations, in particular book novelties published by the Old Lion Publishers and Folio; five thematic discussions; an art exhibition and literary readings. 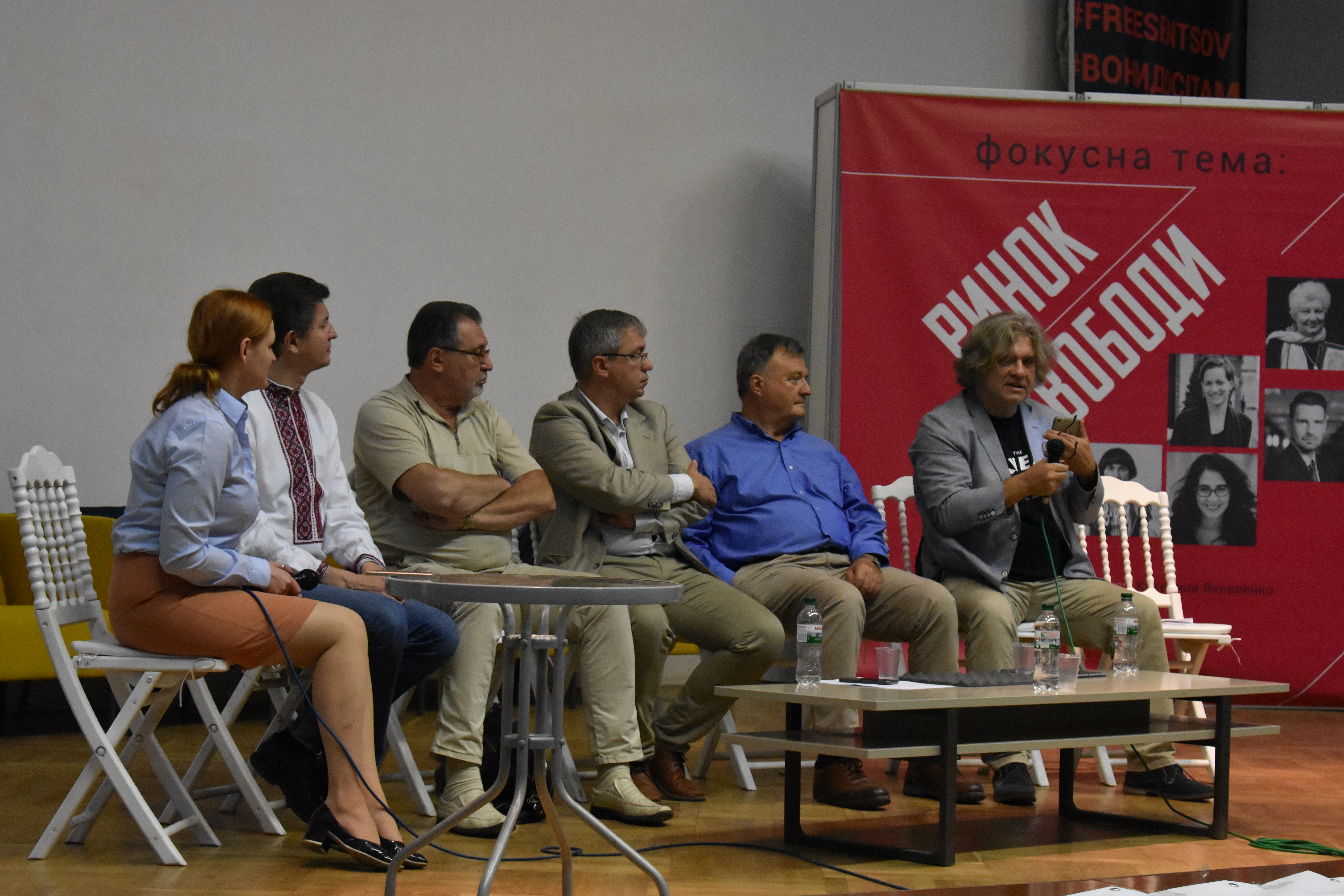 Oleksandr Sushko, Executive Director of the International Renaissance Foundation, who participated in the discussion on the topic “War and Book Publishing: How the Book Market is Changing?”, said: “On the one hand, in Ukraine changes are taking place unceasingly. The Publishers’ Forum has become a true phenomenon that is part of a cultural outburst in Ukraine. On the other hand, we understand that we are faced with a challenge: how to reach an ordinary citizen who has other cultural needs. Therefore, today I wish I had a comprehensive research to describe the audience of the current “book boom” and what those who do not fall into this audience need”.

OlexandraKoval, President of the NGO “Publishers’ Forum” believes that in recent years the book publishing market was influenced by a restriction to publish literature in Russian: “That moment gave a rise to the development of the Ukrainian book publishing, in particular, this market saw an upturn in activity. However, at present the situation with the book sales, from the viewpoint of publishers themselves, does not look too optimistic. At the same time we have a situation when the demand for the Ukrainian books has increased significantly. And if we talk about the East, the demand for the Ukrainian books exceeds the existing supply”. 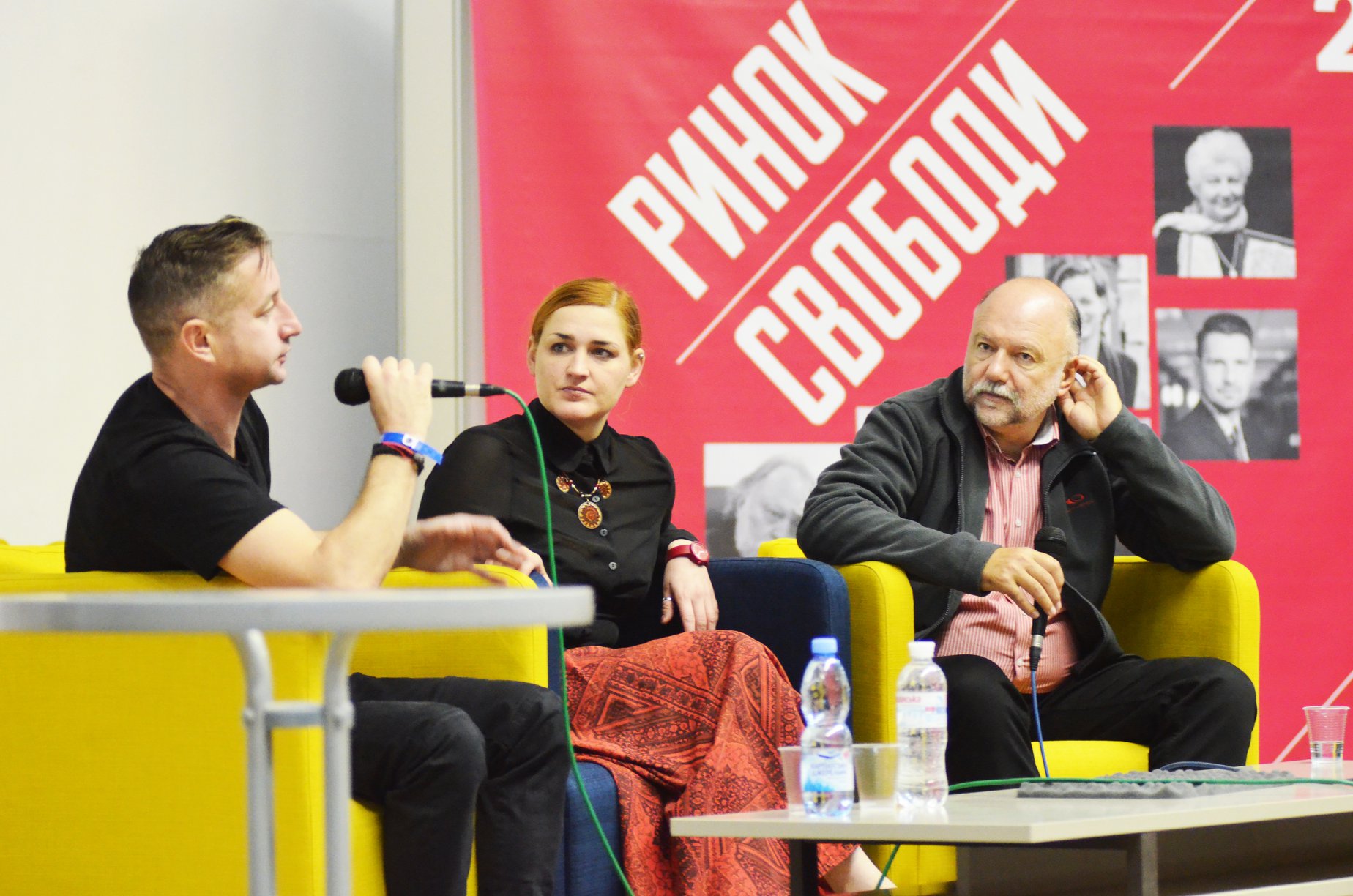 Another event during the Publishers’ Forum that turned into a full house was the discussion “From Hemingway to …”, a conversation led jointly by Andriy Kurkov and Sergiy Zhadan on contemporary literature in the context of war. The main points of that discussion are summarized below:

“The war is the most dramatic and most important thing that happened to all of us today. It would be strange if the literature did not respond to this. The literature does respond to it, and during the last four years in a row, a whole “bookshelf” of the new Ukrainian literature dedicated to the war appreared already. The books on this “shelf” are, indeed, different texts, in terms of genre and style, and the level entirely. Some people in the literary and art circles tend to view this literature from an aesthetic position only: they say, the books about the war should be written after the war ends; they also say that our main books on the war will be written a while later. Perhaps this is true. However, it seems to me that we need to talk about the war now, so that everything is recorded and nothing is forgotten. I’m not even talking about the facts. I am talking about emotions, feelings, despair and hope. 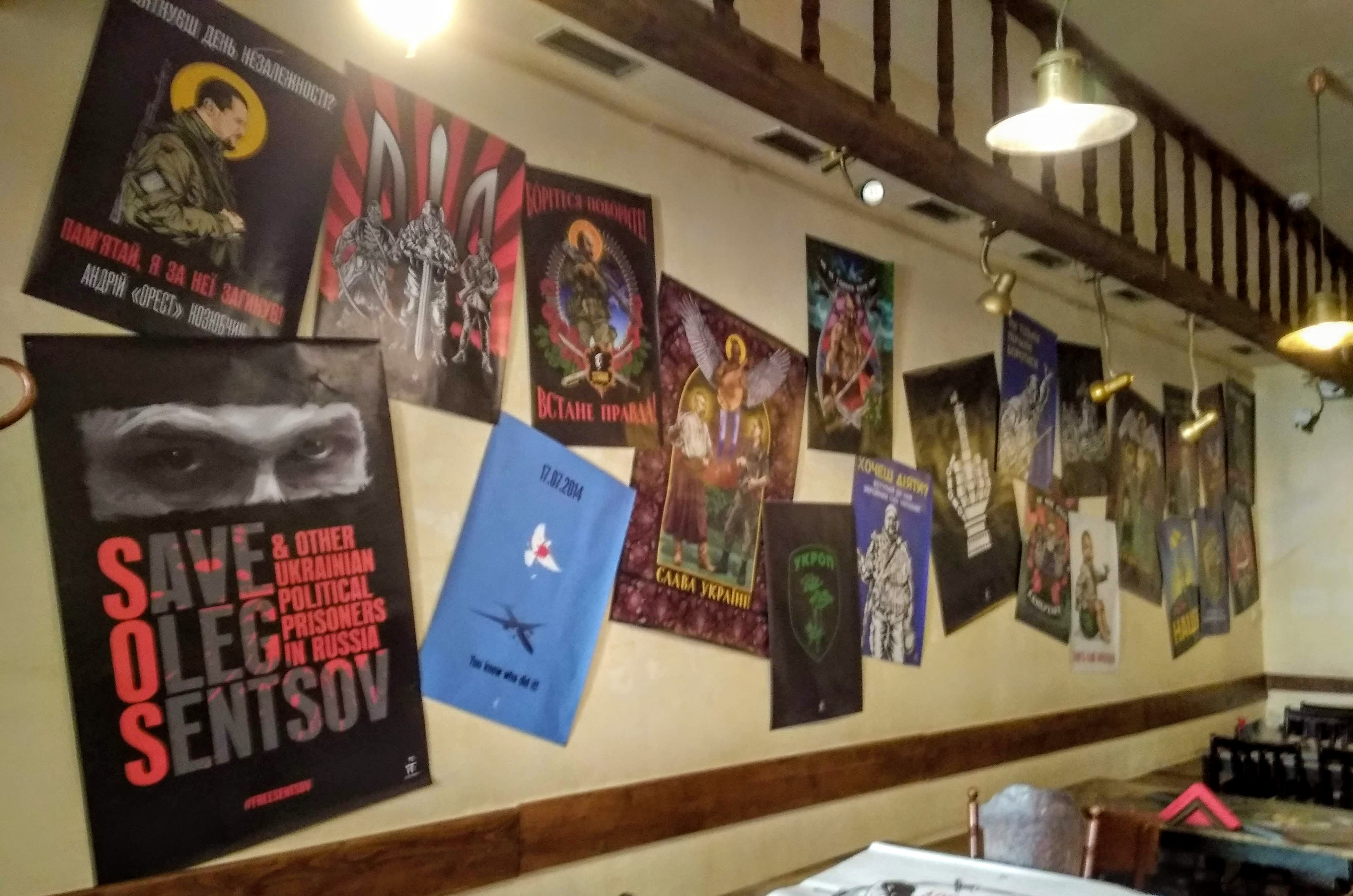 In general, it seems to me that with the war, while it is progressing and brining this new experience to all of us, the Ukrainian literature has grown older. Our literature is loosing more and more its innate infantilism: thematic, ideological, ethical. And that is very gratifying. Another thing is that this progress does not seem to be matched by the like growth of readers and critics. Well, but in this case we will have to grow together,” says Sergiy Zhadan.

In the course of preparation of the cluster “War” there was a joint initiative to create a common art space of literature and arts. As a result, an exhibition of the famous Ukrainian artist Andriy Yermolenko “Antidote of War” was organized within the framework of the Forum, which lasted all days of the Forum, from September 19 to Septemebr 23; this exhibition was complemented by the literary readings “Farewell, Weapon: War and Culture”, which took place on September 22 at Dzyga Art Center, where the exhibition was held.

“When the idea came to us to organize the cluster “War”, a part of which was supposed to be literary readins of the Ukrainian authors who directly participated in military actions in the East of the country, it was important to expand the format of our event, to shape it up a bit and make it a complete artistic happening in the art space. That is why, in the framework of literary readings “Farewell, Weapon: War and Culture”, an exhibition of posters of a social artist and designer Andriy Yermolenko also took place. People were able to see a kind of manifesto designed to announce that there is nothing in our hybrid world which stays “outside of politics”, as our world is our common home”, said Oleg Korotash, a poet, philosopher, participant of the literary readings.

During the discussion “War and Philosophy: What do philosophers think about during the war?”, Eugene Bystrytsky, Head of the Department of Philosophy of Culture, Ethics and Aesthetics in the G.S. Skovoroda Institute of Philosophy of the National Academy of Sciences of Ukraine and Executive Director of the International Renaissance Foundation (1998-2017) ), summarized the main idea of ​​the cluster: “The basis of human understanding of the world is culture. The situation in which we find ourselves now is a clash of cultures. Therefore, “the war will not be won by the army; the war will be won by the nation.”

Yuriy Rybachuk, Deputy Minister of Culture of Ukraine, talked about a war being a dimension of culture, hence, being a very human phenomenon: “We are confronted with a new term: an information war, or a hybrid war. And the next thing that comes to the center of public opinion is a human being, since the information stuggle is a struggle for a human being, their attention, their interests, their preferences, their consciousness, minds and feelings. These changes in the public policy, in particular pertaining to book publishing, are centered around a human being.”