On February, 21-22 Kyiv hosted a presentation of the Ukraine’s second report under the Extractive Industries Transparency Initiative (EITI) in 2014-2015 during the conference ‘EITI in Ukraine: how to manage resources effectively’. 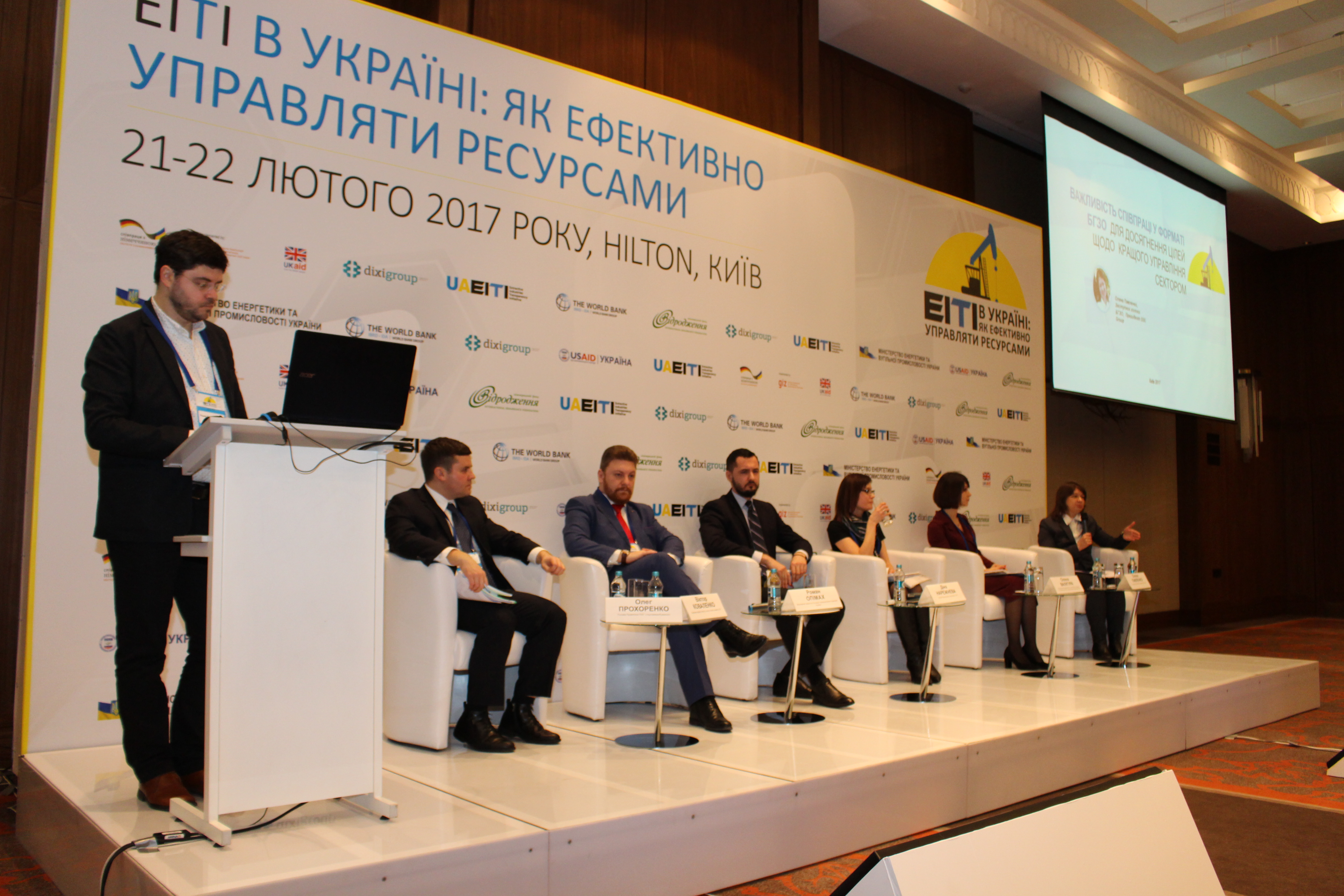 On February, 21-22 Kyiv hosted a presentation of the Ukraine’s second report under the Extractive Industries Transparency Initiative (EITI) in 2014-2015 during the conference ‘EITI in Ukraine: how to manage resources effectively’. The report outlines the Ukraine’ progress over the years in terms of transparency and the role of the mining sector in the economy of Ukraine, provides information on stocks and amounts of coal, oil and gas, iron, manganese and titanium ore.

Among the participants there were Oleksiy Orlovsky, a member of the International Board of EITI, Democratic Practice Program Initiative Director of the International Renaissance Foundation, Igor Nasalyk, Minister of Energy and Coal Industry of Ukraine, Dmytro Shymkiv, Deputy Head of the Presidential Administration of Ukraine, Denys Gursky, adviser for open data to the Prime Minister of Ukraine, Oleg Prokhorenko, Chairman of the Board of JSC “Ukrgazvydobuvannya”, Olga Belkova, Deputy chairman of the Verkhovna Rada of Ukraine committee on fuel and energy, nuclear policy and nuclear safety, Olena Pavlenko, Deputy Chairperson of the Multi-Stakeholder Group (MSG), President of DiXi Group.

In 2007, the International Renaissance Foundation started to implement the Extractive Industries Transparency Initiative (EITI) – the international standard of state revenue derived from natural resources increasing transparency in Ukraine. Since then, the Foundation has been actively engaged in the preparation of civil society specialists for transparency in the extractive industries, drew attention to the topic in media, supported the development of the legal framework and advocated it in the government.

Today, through participation in the Extractive Industries Transparency Initiative, Ukraine has opened data in procurement and information on the procedures for granting permits (licenses) for subsoil, made mandatory audit payments proceeded by the companies, and revenues in the state budget. 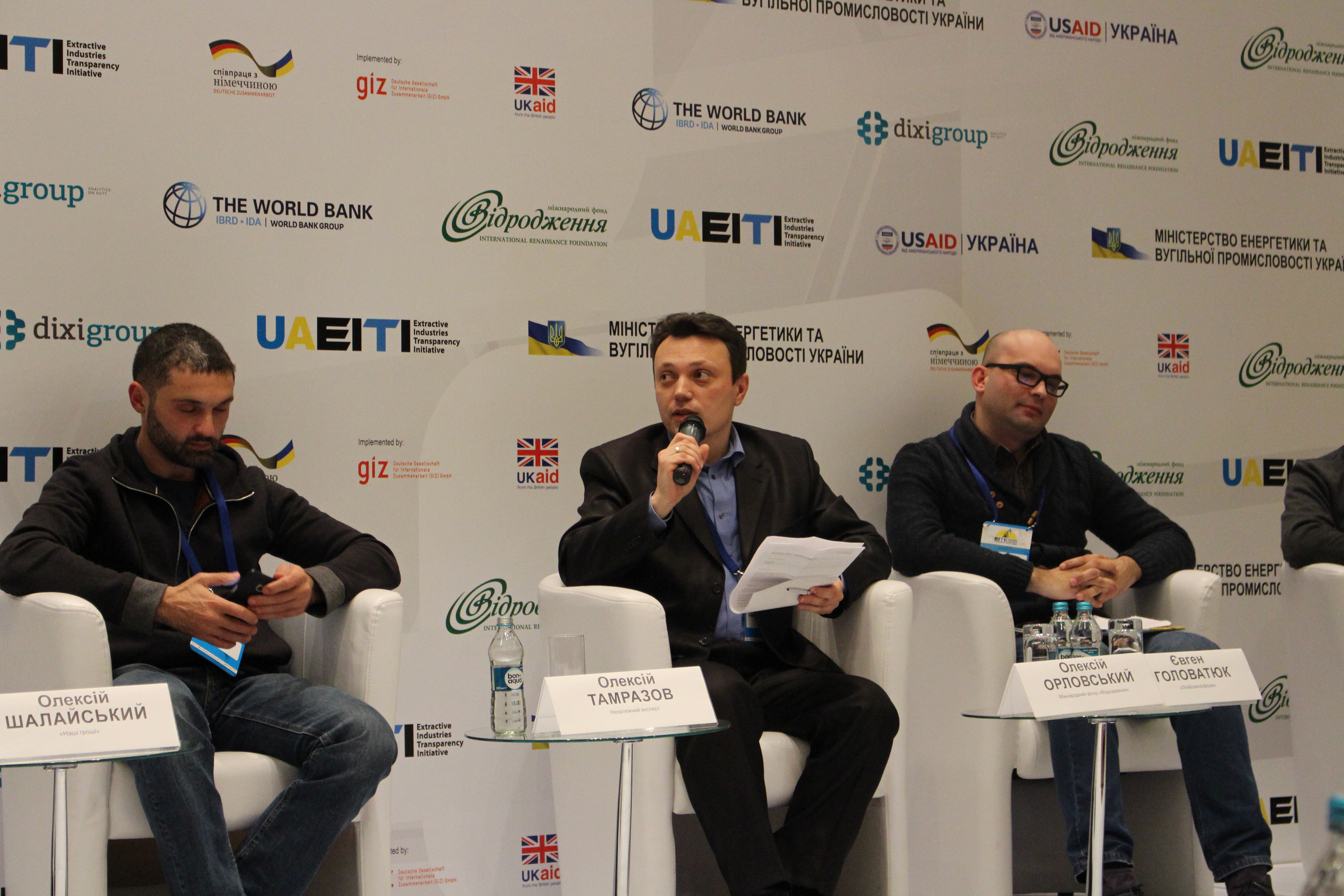 “The domestic mining industry, which annually turns over 400 billion USD, has got high risks of corruption, and thus needs to be reformed. We managed to do a lot, and in some positions we are even leading the process of introducing transparency in the extractive industries. Ukraine was the first country in the world, opened beneficial owners, and was among the countries that initiated the inclusion of EITI standards of disclosure rules on energy transit. For Ukraine, the implementation of standards is not only an image advantage but also the necessary mechanism to reform the country’s fuse corruption in extractive industries,” says Oleksiy Orlovsky, a member of the International Board of EITI, Democratic Practice Program Initiative Director of the International Renaissance Foundation. 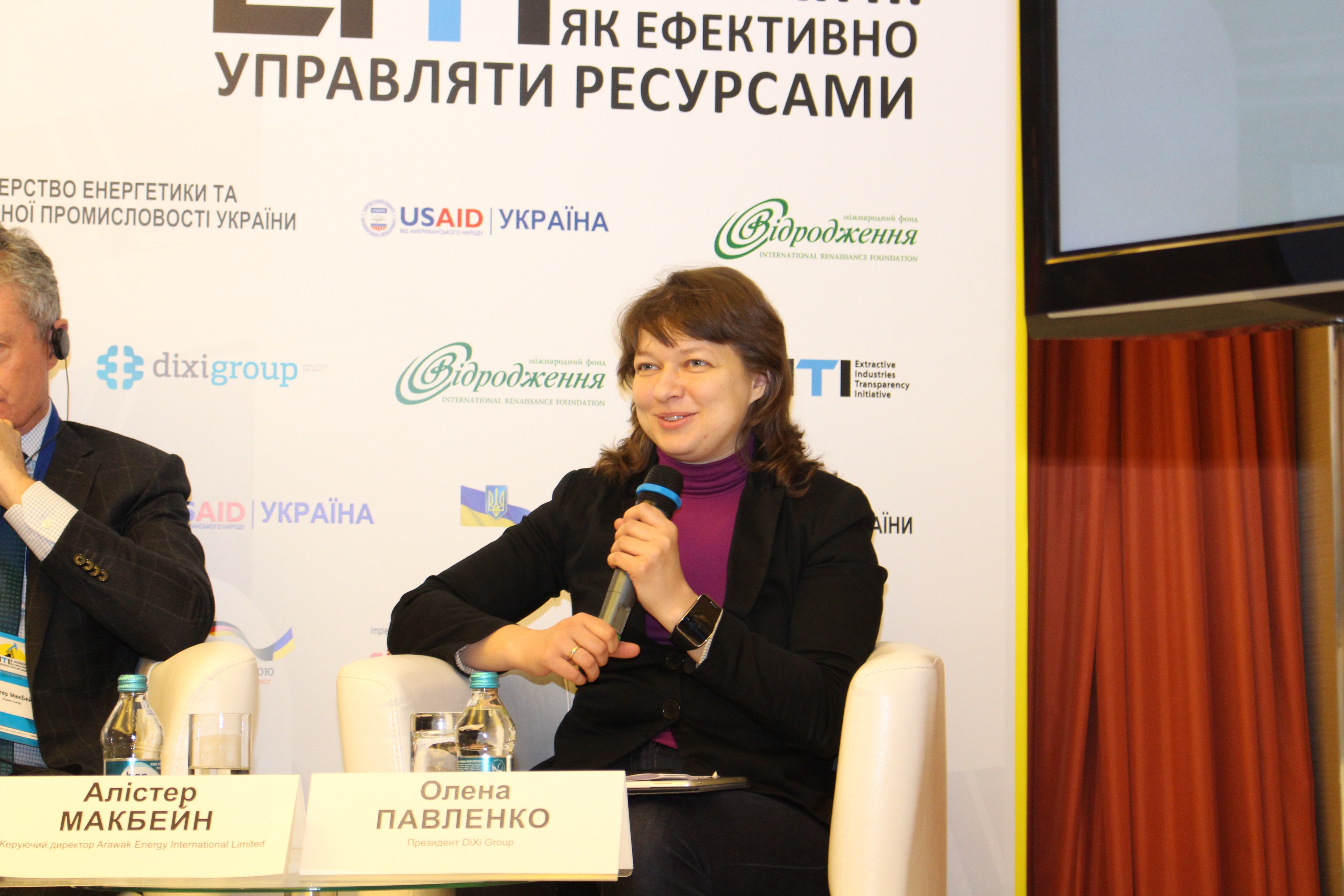 It is through the introduction of initiatives such as EITI, progressive changes in the energy sector of Ukraine may be stable and independent of the political situation. “During the implementation of the Extractive Industries Transparency Initiative four energy ministers has changed in Ukraine, however, the EITI continues to be implemented. It means the only possible option to make the reform process irreversible and stable is to have a constant interaction between the government, business and the public,” said Pavlenko Olena, Deputy Head of Multilateral Group on EITI implementation in Ukraine, the president of the analytical center DiXi Group.

For additional comments on the Democratic Practice Program Initiative refer to its director Oleksiy Orlovsky by sending your request to pr@irf.ua