On March 22, 2017, the Parliament of Ukraine approved the bill “On Making Amendments to Article 3 of the Law of Ukraine “On Prevention of Corruption”. The President signed the bill (#6172) into law on March 26. The finalized version of the law contains a number of amendments introduced in defiance of the core committee’s decision and significantly altering the initial purpose of the bill that had been designed to simplify the e-declaration procedures for the military.

On March 22, 2017, the Parliament of Ukraine approved the bill “On Making Amendments to Article 3 of the Law of Ukraine “On Prevention of Corruption”. The President signed the bill (#6172) into law on March 26. The finalized version of the law contains a number of amendments introduced in defiance of the core committee’s decision and significantly altering the initial purpose of the bill that had been designed to simplify the e-declaration procedures for the military.

In a country for which the Maidan won the people’s right to have an open dialogue with the authorities, the amendments that relate to rights and duties of a group of active citizens were made behind the scenes, in haste, without public discussion, without any attempt to public consultations with those whose rights and interests are directly affected by those amendments. This is in grave contradiction with the democratic culture of decision making.

The most challenging provisions of the law are as follows:

Individuals who are in no way involved in the direct implementation of the government functions and, in absolute majority, do not receive funds from the public budget, are now obliged to file e-declarations of assets to the “Unified State Register of Declarations of Persons Authorized to Perform State or Local Self-government Functions”, which was designed for e-declaration by public officials. Hence, the contradiction arises from the very title and purpose of the Register.

The law extends the declaration filing requirement on individuals and representatives of “anti-corruption” organizations who “participate, are engaged in events related to the prevention, countering corruption”. Because there are no clear legal criteria for identifying such events, organizations and the “anti-corruption activity” itself, this leaves a possibility of discretionary interpretation of the list of persons to whom this law applies. This ambiguity creates a risk of selective criminal prosecution in case of failure to file an e-declaration or failure to meet the filing deadline. Similarly, there is no specific list of international technical assistance projects and advisory bodies (public councils, commissions and alike) to which the law applies.

The requirement to file e-declaration of assets applies to contractors, service providers who work with the civil society entities engaged in anti-corruption events or international technical assistance projects. Obviously, this will cause dramatic complications of cooperation conditions and the businesses’ mass refusals to work with NGOs and, therefore, paralyze the NGOs statutory activities.

The government claims that the law applies to officials of anti-corruption civic entities only. However, the law extends the e-declaration requirements to NGOs’ “members of supreme governance bodies”, while in most cases the supreme governance body is the organization’s general meeting, a congress or a general conference, in which all members participate. Hence, the law may affect all members, not just the organization’s leaders.

The ambiguity of interpretation of the norms of the bill contradicts the principle of legal certainty and may be misused by the controlling agencies with dishonest intent. Due to the uncertainty of the circle of persons affected by the law, particularly in situation of the unreformed judicial system, now there is a real threat of selective pressure and punishment of public actors, independent experts, activists, as well as entrepreneurs who provide services to them.

The public reaction to the law indicates that within its initial days it caused, quite predictably, further erosion of the atmosphere of cooperation between the authorities and the civil society, and strengthened the breakup lines within the political class and the society.

Moreover, for the first time since the Maidan there is a real danger of deterioration of the democratic image of Ukraine in the world. Re-thinking plans for assistance to Ukraine by international donors that support the anti-corruption efforts in Ukraine is inevitable and has already started.

Yet, we are prepared to respond to the willingness to cooperate, expressed by the President of Ukraine during the meeting with civil society representatives before signing the law on March 26. The President acknowledged that some provisions of the newly adopted law were deficient and required changes, and proposed joining efforts to shaping – in a transparent manner – a quality bill that would be supported by the President and the Parliament.

We are ready to participate in working group proposed by the President, and we will monitor closely any further movements on the draft bill to be designed to remove the drawbacks of the approved law, primarily those listed above. 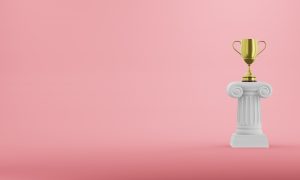