2013 saw a 33% increase in protests in Ukraine compared with 2012. This according to the results of monitoring done by the Center for Society Research with support from the Democratic Practice Initiative of the International Renaissance Foundation. The data were announced at a press conference in Kyiv on April 29.

The scale of protests in 2013 was unprecedented. There were at least 249 protests with more than 1,000 people, more than 1.5 times the number in 2012 and more than double during the Tax Maidan in 2010. Dozens of thousands of people took part in at least 29 protests in 2013, and five rallies numbered in the hundreds of thousands. Mass protests were staged not only in Kyiv; at least 16 protests with more than 10,000 participants took place in Simferopol, Donetsk, Kharkiv, Luhansk, Lviv, Odesa, Rivne, Ternopil and Zaporizhzhia.

For the fourth consecutive year the most common demands of protests in Ukraine were of a socioeconomic nature (at least 2,062 protests). Their number rose by 33%, and their relative proportion remained consistently high – 43%. The socioeconomic issues that drove Ukrainians to the streets most often in 2013 were construction, utility costs, the environment, non-payment of wages, and the rights of small businesses. 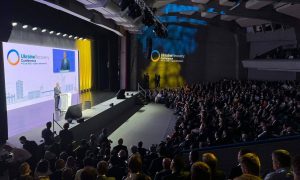